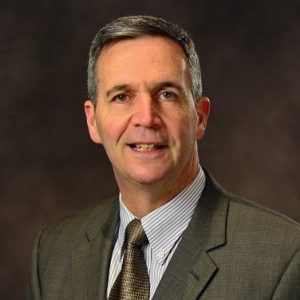 John Posner was facing a life changing career transition when retiring from his long and decorated 34-year military career as Major General Posner of the United States Air Force.  John led an extraordinary military career starting as a combat pilot, quickly becoming a leader and expert in operations, policy, training, and acquisitions, while earning three graduate degrees and a Juris Doctorate degree. Military retirement presented John with a new and daunting challenge of evaluating his military career and planning where and how he would make the transition into the private sector.

General Posner sought the assistance of The Military Officers’ Association of America (MOAA), which assists military officers in making career transitions into the private sector.  While working with Jim Carman, the Director of MOAA’s Transition Center, John learned of Summit Executive Resources, and was very interested in learning more about Summit’s approach to executive advancement.  Jim introduced Melissa to John and their journey together began.

John’s wealth of operational, strategic and international experiences over his lengthy military career offered a wide range of qualifications to potential private sector companies.  The challenge John faced was to translate and convert his value proposition of 27 different military assignments to the private sector, which included more than 200 hours of combat flight time, and over a decade of experience working on national security policy.  However, John did not have any interest in future employment working with a Department of Defense contractor. John quickly realized that he needed assistance in his transition.   Without much success on his own, and with the introduction of Summit by Jim Carmen, General Posner met with Melissa Henderson and they mutually decided to embark on an engagement for Summit to represent General Posner for his transition into the private sector. Summit applied subjective and analytic oriented assessments, which extracted General Posner’s value proposition to the private sector.  Summit also conducted a reference validation to further cull through General Posner’s value to the marketplace. A custom strategy was developed, supported by a bio, resume, LinkedIn profile and presentation content on the behalf of General Posner. In addition, a custom target market list was created for the Summit team to execute from.

Summit entered the market with approximately 200 companies on his target list, which included companies in aerospace / defense, their sub-contractors, American military-related companies with expertise in engineering, science, technology, and cyber security services as well as Associations. Ideally, John and his family wanted to remain in the Washington, D.C. area but they were willing to relocate if necessary. The successful missing link proved to be John’s law degree.   With John’s Juris Doctorate, Summit expanded their search to include national, regional and mid-size law firms who were seeking executive leadership in an administrative role.

Summit’s research department learned that the firm of Harrison and Held, LLP, in Chicago, was seeking an Executive Director for their firm. Summit sent an introductory email to the Managing Partner, which facilitated a response and conversation between the firm and General Posner.  After several months of conversations and negotiations led by Summit, John’s role was expanded to Chief Executive Officer. In this capacity, John provides executive support to the firm’s senior partners in the conduct of both daily operational management and overall strategic planning. His specific duties include both business and administrative oversight, along with strategy development and implementation.

Harrison and Held, LLP, is a firm of 50+ practicing attorneys in the trust/estate, corporate and family business areas. They were in need of a strong leader and were very interested and excited about John’s resume and consequently expanded the job requirements to take advantage of John’s experience.  Likewise, John wanted to explore something different other than the typical retired General’s path in the defense-consulting arena.  Interestingly, Mr. Held served in the United States Air Force as a fighter pilot; and immediately recognized General Posner’s skill set, which resulted in his interest in contacting John. Following a year of persistence and collaboration between Summit and General Posner, he joined Harrison and Held as CEO, and relocated his family to Chicago.